Volkswagen is paying out billions of dollars to settle class-action lawsuits claiming that its diesel cars caused massive air pollution. The company has agreed to pay out $14.7 billion and contribute another $2.7 billion to a trust that will reduce NOx emissions. According to the article, Volkswagen’s defeat device caused up to ten times the legal amount of nitrogen oxide in the atmosphere. It will also have to pay out billions more in fines.

VW will pay up to $14.7 billion to settle allegations related to its diesel emissions scandal, which roiled the company’s global business and damaged its reputation. It also forced the ousting of Volkswagen’s CEO. The company will also pay hefty fines to the U.S. Justice Department and 16 state attorneys general in civil lawsuits. The settlement is not the end of the Volkswagen story. But it is a major step forward for owners of diesel-guzzling VWs.

The settlement will provide compensation for diesel car owners in the U.S., with around $10 billion paid out to those who bought cars that were affected by the emissions scandal. In addition, Volkswagen will buy back affected cars and pay their owners a clean trade-in value. The value of VW vehicles has plummeted 19 percent since August 2015; in May 2016, the value of a Volkswagen was $10,674 – a whopping $1,700 less than when it was originally sold. However, Volkswagen also promises to invest the money into zero-emissions technology and environmental research.

In addition to paying damages, the company is also paying billions to settle environmental and consumer claims. This includes about $2.7 billion to fund research and environmental cleanup. Another $2 billion will go to a trust fund established by the Environmental Protection Agency and another billion to American clean energy technology. Volkswagen will also offer to repair emissions software on affected cars for free. Drivers who traded in or sold their Volkswagens are entitled to compensation of $5,100 to $10,000 for the damages caused by the emissions scandal.

$2.7 billion to a trust to reduce NOx in the atmosphere

The Volkswagen settlement includes a $2.7 billion Environmental Mitigation Trust. The money will be used to reduce excess NOx emissions, as well as develop additional clean technology. The trust will begin operations on Oct. 2, 2017. By then, states will need to designate a lead agency to oversee the trust’s operations. A lead agency must be identified no later than Dec. 1, 2017, 60 days after the settlement’s Effective Date.

The Volkswagen lawsuit 2015 includes a mitigation trust. This trust will invest in transportation projects that reduce the amount of NOx in the atmosphere. Beneficiaries include states, the District of Columbia, and Indian tribes. This funding is expected to fully mitigate NOx emissions caused by violating vehicles. VW will pay a fee to the Trust that will be used for environmental purposes. The trust will then provide money to states to implement these projects.

Volkswagen will spend an additional $2 billion to address the environmental damage caused by its cars. The money will go toward electric cars and public-education programs. Another $225 million will be invested in projects to reduce NOx emissions. A quarter of the settlement will go to California and the remaining money will go to the rest of the country. This settlement is significant for California because it will force Volkswagen to sell more electric cars and reduce pollution.

When VW announced last September that its diesel vehicles were illegally cheating on the U.S. emission standards, it sparked the largest auto recall in history. That was followed by a 10-million-car recall by Toyota, which also lied about unintended acceleration problems. Volkswagen set aside $7.3 billion to deal with the crisis, which doesn’t include the potential fines from regulators.

The VW Group admitted to installing the illegal defeat device in its diesel light-duty vehicles that violate the Clean Air Act. These vehicles are not compliant with emissions standards, despite meeting full and intermediate requirements. According to the EPA, the defeat device is illegal and VW is facing a $37,500 civil fine per vehicle. The company could be fined $18 billion.

The EPA estimates that the software Volkswagen installed in its vehicles will contribute to the deaths of approximately sixty Americans over the next decade. The defeat device is a software program that Volkswagen installed in its cars to “evade” emissions tests. The software recognizes when the car is on an emissions dynamometer and engages the full emissions controls, allowing the cars to emit ten to forty times more than the limit set by the Clean Air Act. 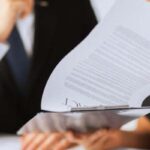 Next Article How Do I Conduct a Lawsuit Lookup in California?

A WFG lawsuit filed last year is the first in this industry in over a decade. In 2007, the Securities Commission started investigating the firm’s […]

The Actos lawsuit was recently updated to reflect recent events. The case involves a woman who developed bladder cancer. Her lawsuit is one of several […]

The Sutter County District Attorney’s Office prosecutes all criminal cases in the county. The Office also has a Victim/Witness Assistance Program, which provides crisis counseling […]